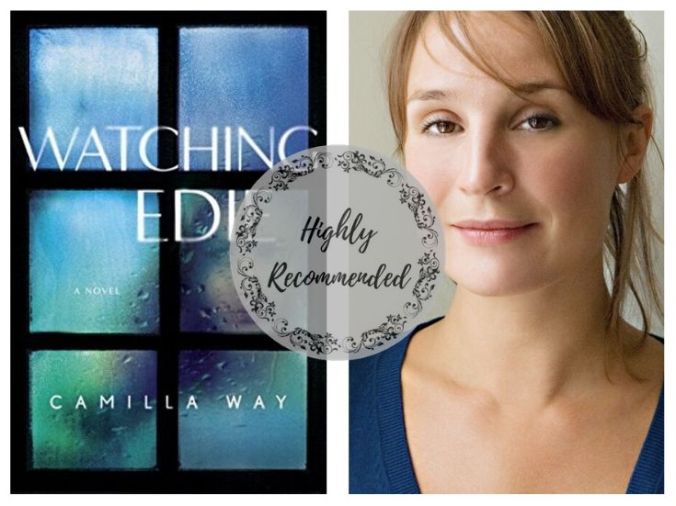 Edie, a 33-year-old pregnant waitress, is shocked when her childhood friend shows up at her door. She hasn’t seen Heather in 15 years, but she always expected—and dreaded—the day she would see her again. Heather seems overjoyed to have found her, but the feeling isn’t mutual. Edie gets rid of her as quickly as she can, reluctantly giving Heather her phone number in process. Over the next several weeks, Edie ignores Heather’s calls and busies herself preparing for the arrival of her baby. But when Maya is born, Edie feels nothing for her daughter. Left to care for her alone, Edie feels increasingly unable to cope. In the moment of her deepest despair, Heather reappears, offering to help. Numb with exhaustion, Edie gratefully agrees. Heather moves in, taking over every aspect of Maya’s care, and discourages people from visiting or calling, saying Edie wasn’t well and needed rest.

Months go by with Edie feeling incapable of caring for Maya. Every attempt she makes to do something for her daughter is met with Heather’s disapproving insistence that she do it instead. Then Edie discovers how far Heather went to keep everyone away from her, and finds out something disturbing about Heather, leading to a confrontation that drives Heather away… or did it? Edie is frightened when someone breaks into her home and trashes it. She immediately suspects Heather, and she keeps remembering a long ago night when something terrible happened, destroying their friendship and driving Edie away from home. Despite her fear, Edie knows she has to do whatever it takes to protect Maya… no matter what the cost.

Watching Edie is a riveting psychological thriller that you won’t want to put down. The story is told from Edie’s perspective in the present, and from Heather’s perspective in the past. Cryptic glimpses and references to a terrible thing that happened when Edie and Heather were young keeps you guessing, but is never done in such a way that it feels annoying. A constant, underlying sense of danger keeps you alert as you read, searching for clues into Edie’s past with Heather, and the tension builds to an astonishing finale guaranteed to leave your jaw on the floor.

I received an advance review copy of this book courtesy of Berkley/NAL via Netgalley.

For fans of Gone Girl and The Girl on the Train: A dazzling work of psychological suspense that weaves together the past and present of two women’s twisted friendship.

Beautiful, creative, a little wild… Edie was the kind of girl who immediately caused a stir when she walked into your life. And she had dreams back then—but it didn’t take long for her to learn that things don’t always turn out the way you want them to.

Now, at thirty-three, Edie is working as a waitress, pregnant and alone. And when she becomes overwhelmed by the needs of her new baby and sinks into a bleak despair, she thinks that there’s no one to turn to…

But someone’s been watching Edie, waiting for the chance to prove once again what a perfect friend she can be. It’s no coincidence that Heather shows up on Edie’s doorstep, just when Edie needs her the most. So much has passed between them—so much envy, longing, and betrayal. And Edie’s about to learn a new lesson: those who have hurt us deeply—or who we have hurt—never let us go, not entirely…

CAMILLA WAY was born in Greenwich, south-east London, and studied Modern English and French Literature at the University of Glamorgan. Her father was the poet and author Peter Way. Formerly Associate Editor of the teenage girls’ magazine Bliss, she is currently an editor and writer on the men’s style magazine Arena. Having lived in Cardiff, Bristol, Bath and Clerkenwell, she now lives in south-east London.