It’s been a truly outstanding year of reading for me, all the more so because 2016 is the year I fully immersed myself in being a book blogger. I’ve ‘met’ and chatted with so many people in this community of all ages, who have warmly welcomed me into their midst and accepted me as one of their own, and for that, I am ever grateful. They have been generous with their advice, always ready to enthusiastically discuss the books and authors we have in common, and encouraged me and inspired me in ways they’ll never know. With so, so many of them, I’ve often felt the way I express my thoughts about the books I’ve read pale in comparison to their eloquence and masterful turn of phrase—and yet these same bloggers have often complimented my reviews. It boggles the mind.

Now the year is fast coming to an end, and it’s time to reflect on my year in books. I set my 2016 Reading Challenge goal at 30 books, and I’m astounded that I ended up reading 61 books  this year. I thought I’d being doing something good if I completed my goal, but I never considered I would actually read twice as many (plus one) as I hoped to read for the year.

Here are the books I most loved this year, along with excerpts of my reviews.

Evicted: Poverty and Profit in the American City by Matthew Desmond

This is one of the most difficult books I have ever read. Not due to the writing—which was compelling and eloquent—but because of the subject matter itself. The eight families we meet through this book are all living in poverty, and all have the constant threat of eviction hanging over their heads because it takes nearly all of what little money they do have to pay the rent for the substandard apartments, mobile homes, and houses they live in. Many of their homes are in terrible states of disrepair and neglect, and the landlords have no incentive to actually make those much needed repairs. The repairs are done poorly, if at all, because they know there will always be someone desperate enough for a roof over their head to overlook the most reprehensible conditions. If the tenant refuses to pay the rent because repairs are needed, the landlord will simply evict them, safe in the knowledge that someone else will be along very shortly to rent it, despite the property’s lack of upkeep.

I’m going to say this right off the bat: If you love to read historical fiction, particularly that which was inspired by the lives of real people, you need to put this book on your to-be-read list, because this is most definitely a Book Worth Reading. The only thing more impressive than the quality of the writing itself is that this is a debut novel. For a first novel, I would rank it right up there with Gone with the Wind by Margaret Mitchell, or Outlander by Diana Gabaldon.

Lilac Girls is told from the perspective of three women. Caroline Ferriday, who spends her time volunteering at the French Consulate in New York, sending aid for orphaned children; Kasia Kuzmerick, a young woman from Poland who is part of the underground resistance working against the German occupation; and Herta Oberheuser, a German doctor who takes a job at the Ravensbrück concentration camp.

The Devil’s Prayer by Luke Gracias

After the death of her mother, Denise Russo, Siobhan needs to understand what caused her to vanish six years earlier, and finds herself caught up in a nightmare centuries in the making. Traveling to the convent in Zamora where her mother lived, Siobhan is in danger from the moment she arrives, and it is with great difficulty that she is able to access her mother’s final written confession. Reading it, she learns of a terrible betrayal that led her mother to make a deal with the Devil, risking Siobhan’s soul if Denise didn’t hold up her end of the bargain. As disturbing as all that is to Siobhan, other discoveries made in later parts of her mother’s confession are absolutely horrifying… as is the unfinished task her mother begs her to complete.

Behind Closed Doors by B.A. Paris

The story of Jack and Grace, their past and their present, is told in alternating chapters. In the present chapters, we see their relationship as it is now. In the past chapters, we see how their relationship began. I’ve read many books this year (and in previous years) that utilize this storytelling method. It doesn’t flow well for every book that uses it, but it works very well for this one. It adds an even deeper level of dread, in this reader’s opinion, that wouldn’t be there if the story was told in a linear fashion.

This is a story best read cold, with no knowledge of anything that happens. (Which is why I’m not giving any details at all in this review.) The enticing blurb was more than enough to draw me in, and not knowing what to expect made the story even more chilling. The ending was perfection, and I may or may not have punched the air as I read it.

The Sister by Louise Jensen

Jensen’s debut novel, The Sister, is psychological thriller at its finest. Flashbacks to the past serve to deepen the mystery of Charlie’s disappearance, giving just enough insight to tantalize without revealing anything too soon, and hinting at Grace’s own mysterious past. Each discovery of the past (and present) leads to more questions in this skillfully written thriller. It will have you questioning the motives of all the main characters, leading to a stunning revelation that will blow you away.

Bill Ingram is looking forward to a Christmas visit with his adult daughter, Carol, and is waiting for her train to arrive at the station so he can take her home. The train arrives at the station a few minutes late… but Carol isn’t on it, nor is she on the other two trains coming in from London that night. Convinced something is terribly wrong, Bill goes to the police, but finds little help. Determined to find his daughter, Bill embarks on his own investigation, discovering a secret lifestyle involving a seedy nightclub and unsavory people who led Carol down a dangerous path. Bill is willing to do whatever it takes to find her, no matter what—and the cost will be higher than he ever imagined.

Bloq is a mind-blowing crime novel that hooks you right from the start; a superbly written thrill ride that builds to an electrifying climax. Its fast pace keeps you on the edge of your seat, anxious to know more, and unwilling to put it down.

For many couples, getting pregnant and having a child is as simple as making the decision to do so. For couples struggling with infertility, however, the desire to have a child often becomes a reality only with in vitro fertilization. When Catriona Sinclair becomes pregnant, she makes it clear to her husband, James, that she is unwilling to go through it again if she miscarries. They still have one remaining embryo, so they decide to let it be ‘adopted’ by another couple who long to have a baby. Diane and Liam Simmons are the recipients of the Sinclair’s remaining embryo.

Both mothers deliver healthy babies, but while Diane easily adapts to motherhood, Catriona struggles to bond with her baby and is overcome with a terrible case of post-partum depression. While she’s in the process of recovery, one of the babies is kidnapped, setting into motion a chain of events that further links these two couples, changing all their lives forever.

Claire Turner always wanted to be a mother, but after six years she and her husband, Josh, accepted that it wasn’t going to happen.When Claire discovers she is finally pregnant, the Turners are thrilled—until Claire begins to suffer excruciating headaches, and other symptoms that can’t be attributed to her pregnancy. When Claire sees her doctor, she is given a heartbreaking diagnosis. Treatment could harm the baby, and Claire must choose between saving herself, or saving her baby.

My Sister’s Secret by Tracy Buchanan

Willow’s memories of her parents are filled with love and happiness, but her time with them was brief. A tragedy at sea took them from her when she was just a little girl, leaving Willow to be raised by her mother’s sister, Hope. Years later, she is back at her parent’s home, preparing it for sale, when she discovers an invitation for a photography exhibit—addressed to her, sent by a man she’d never met—opened and discarded in the trash. Willow questions her aunt about it, but Hope refuses to answer her questions. Frustrated, Willow searches for answers and, after discovering secrets that have been buried for years, wonders if her entire life has been built on a foundation of lies.

Watching Edie is a riveting psychological thriller that you won’t want to put down. The story is told from Edie’s perspective in the present, and from Heather’s perspective in the past. Cryptic glimpses and references to a terrible thing that happened when Edie and Heather were young keeps you guessing, but is never done in such a way that it feels annoying. A constant, underlying sense of danger keeps you alert as you read, searching for clues into Edie’s past with Heather, and the tension builds to an astonishing finale guaranteed to leave your jaw on the floor. 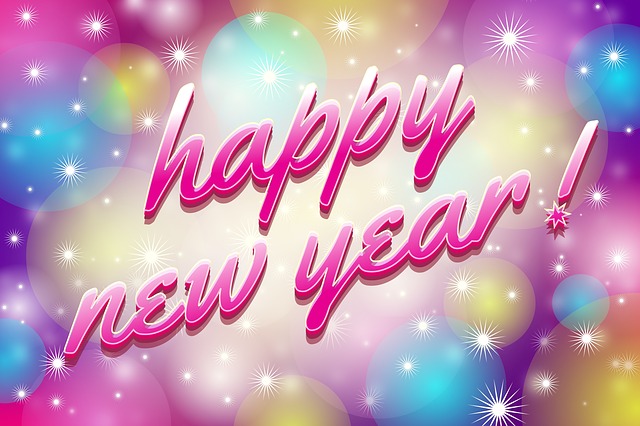