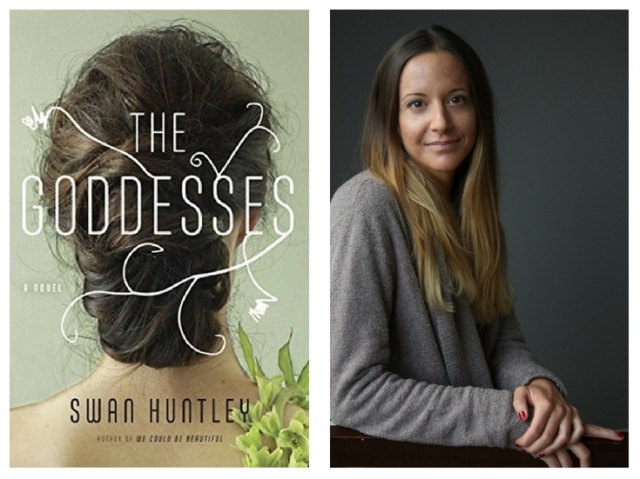 This is going to be a another tough review for me, because I don’t really have a lot to say about this book. I checked to see if I’d left any comments on Goodreads as I was reading, and found only one:

July 26, 2017 – 51.0% “First half was a slow burn, but hasn’t lost my interest. Seems to be picking up the pace a bit at the start of the second half. Curious to see where the story goes from this point on.”

Quick Recap: Nancy and her family move to Hawaii after her husband cheated on her, hoping for a new start. Ana leads a yoga class, which is how Nancy meets her. Nancy is captivated by her wisdom and approach to life, and before you know it, the two are inseparable. Nancy neglects her family in favor of Ana, and finds herself doing things she would never have done without Ana’s influence—good things, as well as bad things.

I didn’t dislike this book (if I had, it would have been relegated to the virtual DNF pile), but I didn’t love it, either. And I’m pretty sure that’s because I had Ana pegged as a manipulator with an agenda from the start, and it flabbergasted me that Nancy was clueless about it for so long.

It’s no surprise Nancy fell under Ana’s spell… she was feeling vulnerable after her husband’s affair, living far from home in a place where she doesn’t know anyone, and her teenaged twin sons are becoming juvenile delinquents. What bothered me is how rapidly it happened. It felt unrealistic to me that a woman newly arrived in her new home, determined to work on her marriage and give her sons the guidance they (desperately) needed, would toss all of her responsibilities aside to spend (all) her time with a woman she barely knew.

Not only that, but Ana almost immediately starts telling her sob stories about how incredibly hard her life has been—and Nancy feels more and more sympathy for her with each one, rather than becoming suspicious. Is it just me, or is that odd? Maybe her reaction strikes me as being unrealistic because I’ve been around that particular block of manipulation before. Regardless, it just didn’t ring true for me. If Nancy were a younger woman, perhaps it would have felt reasonable that she did that… but not a middle-aged woman.

This is a novel that struck me as having a lot of potential for a great story, but it didn’t quite get there, in the end. The explosive finale I envisioned as I read the last pages never happened, which is such a shame because the way it ended was lackluster compared to what I expected to happen.

Having said all that… I did keep reading all the way to the end, and I thought Huntley’s writing was pretty good, even though the story itself didn’t enthrall me as I’d hoped. So I’m going to rate this one at three stars (even though I considered changing it to two and a half stars) based on that.

I think this is one of those novels that each individual reader needs to judge for themselves—based on their particular likes and dislikes—whether or not this is a good fit for them as a reader. A quick skim through the ratings on Goodreads shows ratings from low to high, so clearly—while this may not be a book everyone enjoys reading—some people will.

I received an advance review copy of this book courtesy of Doubleday Books via Netgalley.

The Descendants meets Single White Female in this captivating novel about a woman who moves her family to Hawaii, only to find herself wrapped up in a dangerous friendship, from the celebrated author of We Could Be Beautiful.

When Nancy and her family arrive in Kona, Hawaii, they are desperate for a fresh start. Nancy’s husband has cheated on her; they sleep in separate bedrooms and their twin sons have been acting out, setting off illegal fireworks. But Hawaii is paradise: they plant an orange tree in the yard; they share a bed once again and Nancy resolves to make a happy life for herself. She starts taking a yoga class and there she meets Ana, the charismatic teacher. Ana has short, black hair, a warm smile, and a hard-won wisdom that resonates deeply within Nancy. They are soon spending all their time together, sharing dinners, relaxing in Ana’s hot tub, driving around Kona in the cute little car Ana helps Nancy buy. As Nancy grows closer and closer to Ana skipping family dinners and leaving the twins to their own devices she feels a happiness and understanding unlike anything she’s ever experienced, and she knows that she will do anything Ana asks of her. A mesmerizing story of friendship and manipulation set against the idyllic tropical world of the Big Island, THE GODDESSES is a stunning psychological novel by one of our most exciting young writers.

SWAN HUNTLEY earned her MFA at Columbia University. She’s received fellowships from the MacDowell Colony and the Ragdale Foundation. She lives in California and Hawaii.