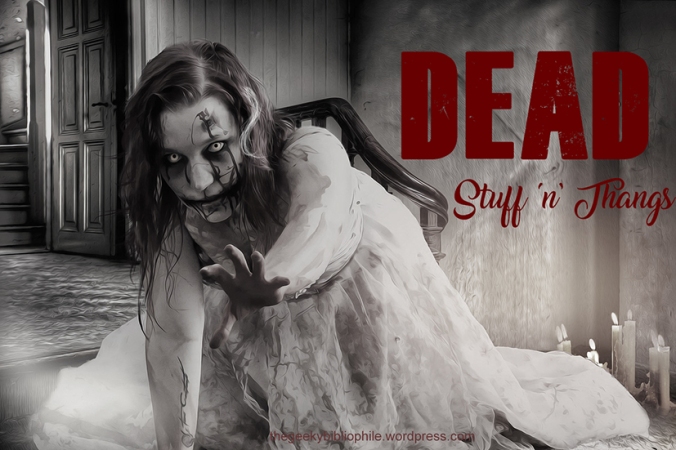 I know… it’s been a long time since I posted one of these. It’s the perfect time to start up again, because it’s August, which means it’s the time of year that I REALLY start missing The Walking Dead. I’m ready to pop in the DVDs and binge-watch the latest season all day. Luckily for me, the DVD/BD will be released on August 21st… so I don’t have much longer to wait now!

As exciting as this season looks like it will be, a small part of me is in no rush for the season nine premiere to arrive on October 7th. Why? The news of Andrew Lincoln’s departure from the show, confirmed by the man himself, at Comic Con:

My usual impatience for the new season to begin is mixed with a bittersweet feeling—it’s the beginning of the end for my favorite character on the show, and I’m not ready for that yet. (Oh, who am I kidding? I would never be ready for that.)

Will Rick Grimes Die… or Not?

There is speculation floating around that Lincoln’s departure in season nine may not be what it seems—that he, as Rick Grimes, will come back at some undetermined point in the future. I’ve seen several videos on YouTube theorizing that Rick won’t die—though he will be presumed dead—only to return, eventually, after having been held prisoner by another group; most likely the Whisperers. Less enthusiastic musings have Rick dying and seen again in a future flashback or dream sequence.

It’s not unheard of for characters to reappear after their death on the show: Lori, Shane, Hershel, The Governor, Mika, Lizzie, Beth, Bob, Abraham, and Glenn have all briefly returned in the form of a flashback,  hallucination or dream sequence.

Here’s What I Think

As enticing as the kidnapping theory is—because it would mean he’s coming back—I don’t see it happening, because his exit from the show isn’t story-driven. As shown below, Andrew chose to leave the show for personal reasons.

In an article on Entertainment Weekly’s website, Lincoln said being away from his wife and children most of the time is the reason he decided to call it quits: “I have two young children, and I live in a different country, and they become less portable as they get older. It was that simple. It was time for me to come home.”

Sadly, I think this is the end for Rick Grimes, because of this moment (see photo, below) in the trailer. You see Rick’s boots, and with every step he takes, more blood splatters to the ground—enough to indicate that he’s suffered a grievous wound. The only questions I have are: 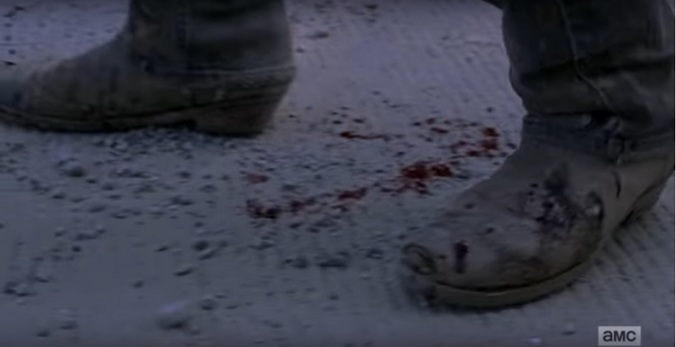 Will the Show Survive the Loss of Rick?

I’ve spoken about this with some of my family and friends, because it weighs heavily on my mind. Of the many series I love to watch and call my favorites, this series is the one I love best, and I care a great deal about the characters on this show. We’ve suffered through some tough losses over the years, but the story went on, regardless.

I’m just not sure it can go on for very long without Rick Grimes.

In those conversations with friends and family that I mentioned earlier, I keep making the same grim prediction:  We’ll get a tenth season of the show that will end with a series finale. I know, I know… it’s pessimistic as hell, but that’s how I feel about it right now. No disrespect to the other actors on the show—who all do a wonderful job—but I can’t help but think about how many people there are who swear they’re done with the show once Andrew Lincoln is gone—and these are die-hard fans, people who scoffed at others for saying they were done if this character or that character was killed off. It doesn’t seem to bode well for the show… but who knows?

It should go without saying that I intend to stick with the show, no matter what. It won’t be the same without him, but I’ll keep watching.

What do you think? Does Lincoln’s exit signal the beginning of the end for the series? Will you keep watching after he’s gone? Leave a comment and let me know what you think!